“Big, doomy riffs that maul you over the head like the hammer of God.” – MetalSucks

“This album is an early contender for best of 2015 and shows that blackened doom metal, as an art form, has a lot left to say.” – Two Guys Metal Reviews

“Already one of the best albums of 2015.” – American Aftermath

After premiering the title track from Gates Of Winter (out January 13) on MetalSucks a few weeks ago, the Indiana-based blackened doom crew known as THORR-AXE have caught the attention of American Aftermath, who call the record “already one of the best albums of 2015.” Today, American Aftermath is hosting a stream of their latest track “Descent” as well as an in-depth interview with vocalist/guitarist Tucker Thommason. 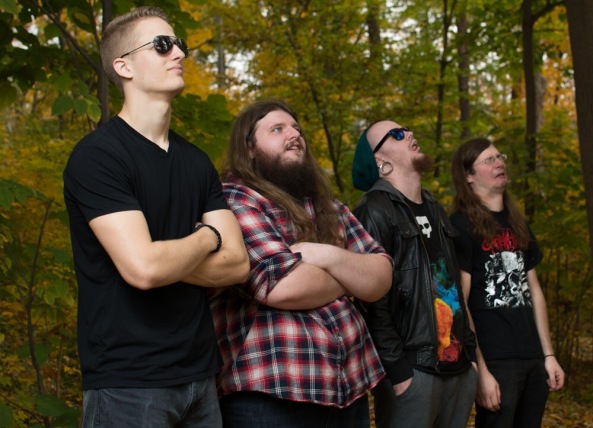 Thorr-Axe hails from Bloomfield, Indiana, where they have been busy preparing for the release of their sophomore album with heavy riffs, hikes through the frozen woods, playing shows including a recent opening slot for Weedeater, and getting named best unsigned band in Indiana by metal blog Toilet Ov Hell.

The “cold, frosty doom” act is a raiding party comprised of four guys with a mutual love of heavy music who belch forth tales of dragons, wizards, frost giants, and vikings putting axes through people’s skulls. A party of the blackest kind, which the Sleeping Shaman once referred to as “a crushing rifforama that boldly sets all axes to bludgeon-mode,” and every metal head with a black heart and a wry smile is invited. 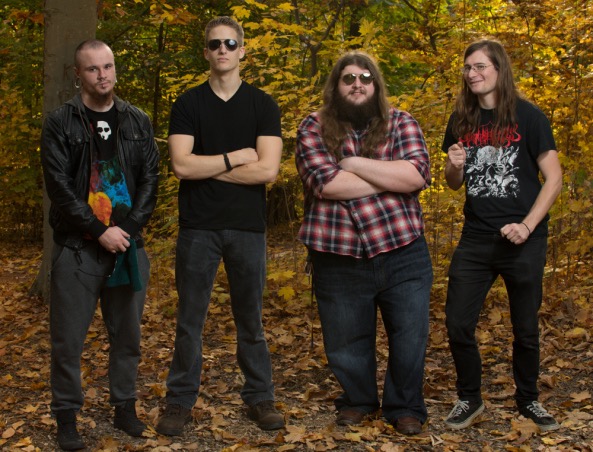