Set in the 18th century, the album tells the story of the mysterious Dr Dealer, his travelling troupe of various gifted misfits and the Seven Sins Emporium into which he invites men to test their resolve and strength. A story with layers upon layers, it is unarguably the most ambitious Stormzone record to date, unified with a theme, Seven Sins is the very first Stormzone concept album. A difficult feat for most, but a challenge vocalist, lyricist and founding member John ‘Harv’ Harbinson embraced. “It’s hard to describe Seven Sins in one paragraph… the story-line is so complex. It’s a very dark subject. It’s touch and go at times with regards to how far you can go with it, but at the end of it all there’s hope.”

As well as the 12 album tracks there is more. The physical CD booklet includes a code within its pages and fans will have the opportunity to enter it into the official Stormzone website, http://www.stormzone.tv, and if they get the order correct they can download a further four brand new songs not available on the album! 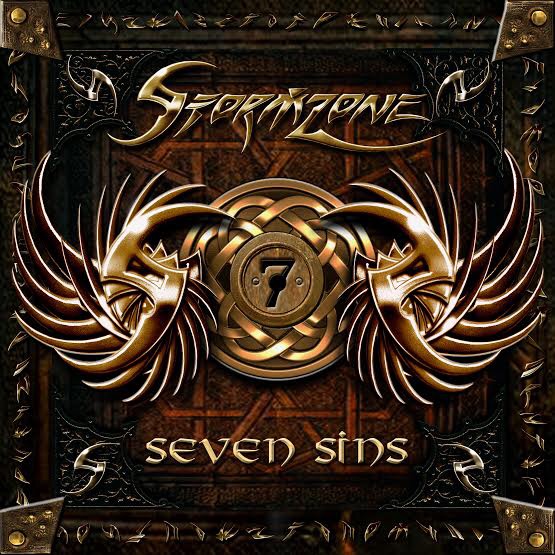 Having formed in 2004 Stormzone have gone from strength to strength. On the cusp of releasing their fifth and most ambitious record to date, the band can look back at a series of highlights including appearances on stages across the world and festivals including Sonisphere and Bloodstock Open Air, touring with legendary acts such as Saxon, Stryper, Tesla, etc. and seeing their name spread across the pages of iconic magazines such as Metal Hammer, “Tuneful ingots of molten intensity. Old school HM strikes gold!” Classic Rock, “Stormzone live up to their name and then some. Lighting To The Nation!” and Powerplay Magazine, “Nothing short of Magnificent. If you call yourself a HM fan do yourself a favour…”

This year sees the band carry on as before with Seven Sins being released just before the band embark on a series of Spanish festival appearances, including Skulls of Metal in Jaen and Leyendas Del Rock in Alicante. Further dates including more shows with Saxon are also to be announced shortly.