“Candlelight Records today confirms that this month has the North American release date for A Dracula, the second full-length album from Las Vegas-based doom metal band, DEMON LUNG. Produced by Billy Anderson (Neurosis, High On Fire, Eyehategod etc.), the album will be available for preorder via Amazon, iTunes.

In mid-December, DEMON LUNG began their second pilgrimage to Oregon to work with Anderson. At the journey’s conclusion, eight dark hymns became A Dracula’s storyline. Using Juan López Moctezuma’s 1977 horror film, Alucarda, as the album’s muse, the audio is packaged with unique original art by illustrator Joshua Foster (Pallbearer). Drummer Jeremy Brenton notes, “When we started the writing process, we happened to be deep into an Alucarda obsession. [Vocalist] Shanda [Fredrick] sat down and made an outline for her take on the film and we all started crafting songs to flow with it. Fitting the mood of each riff and melody with the narrative was challenging but it is the most satisfying way for us to write.”

Fredrick adds, “Alucarda is a more relatable story for me than our last album’s subject matter; which made writing a lot more fun this time around. The heroine in this story is the daughter of Satan, who happens to fall in love with the purest of souls in the convent she resides. She coaxes this soul over to the dark, with only intentions of love but in doing so she dooms her to death by the hands of the nuns. The anger consumes her and she uses her dark powers to resurrect her love and together they kill the convent and then the world. So like I said… it’s a lot more fun this time around.”

A Dracula comes nearly two years to the date from the successful release of the band’s debut, 2013’s The Hundredth Name. “A modern doom masterpiece,” said Ghost Cult. “The future of doom seems to be in safe hands,” uttered This Is Not A Scene. “Everything about DEMON LUNG’s debut screams epic,” voiced Las Vegas Weekly. The Hundredth Name perfectly set up A Dracula with a growing and healthy international fan base to launch from.

“While we naturally continued where we left off with The Hundredth Name,” shares Brenton, “this album is definitely faster, definitely more epic. We spent twice as much time in the studio with Billy than we did last time and we had more time to experiment. This was certainly the hardest we have ever worked on anything and we’re very proud of the final product.”” 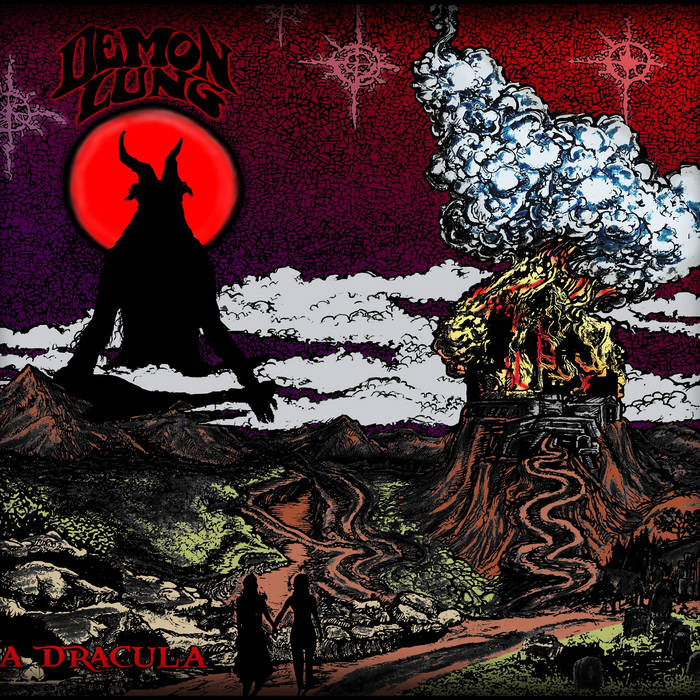