Clutch will play at this year’s Metal Hammer Golden Gods with Orange Amplification. 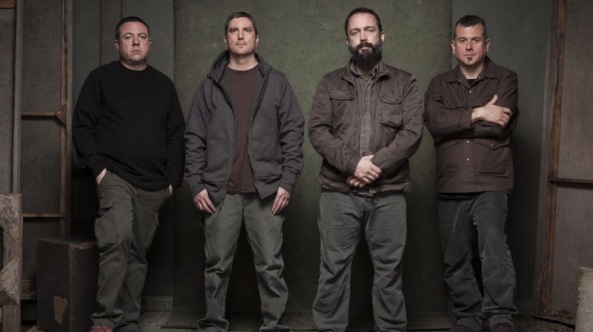 Neil Fallon, Tim Sult, Dan Maines and Jean-Paul Gaster will join Orange Goblin and Avatar at the 15th annual event at London’s IndigO2 at The O2 on Monday, June 12, which will be hosted by Fozzy frontman and WWE megastar Chris Jericho.
Metal Hammer editor Merlin Alderslade says: “Ladies and gentlemen, please allow us to adjust our pants! To say we’re stoked to have one of the single greatest, most party-est live rock bands on the planet playing our awards for the very first time is the understatement of the century.
“Coupled with the building-shaking riffage of Orange Goblin and the certified freak show that is Avatar, this is already shaping up to be one of the funnest nights in Golden Gods history. And you just wait until you see who else we have playing!”
A limited number of tickets for the 2017 Metal Hammer Golden Gods in association with Orange Amplification will be on sale on Friday, April 28 – when we will also announce the headliner for this year’s show. You don’t want to miss this!
Voting is now underway with fans able to register their favourites by visiting the Metal Hammer Golden Gods website. See the full list of nominations below.
Editorial-chosen awards include Riff Lord presented by Century Media, Defender Of The Faith presented by Orange Amplification, Album Of The Year, Icon, Inspiration, Spirit Of Hammer and The Golden God.
Metal Hammer Golden Gods full list of nominees

Basick
Game Of The Year
The Legend Of Zelda: Breath Of The Wild

Iron Maiden: The Legacy Of The Beast